The Last ten nights of Ramadan 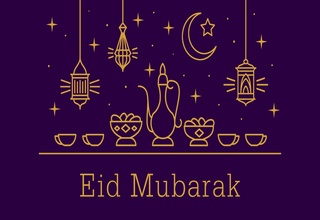 Regarding Lay-latal Qadr [The Night of Power / Decree]

Allaah s.w.t says in the Qur’aan: The Night of Decree is better than a thousand months. The angels and the Spirit (Jibraeel [Gabriel - upon him be peace] descend therein by the permission of their Lord for every matter. Peace it is, until the emergence of dawn. [Qur’aan: ch97:v3-5]

The blessed Night of Qadr (power) can be found in any of the last 10 nights of Ramadhaan, which are the most blessed nights of the year.

Mother of the believers, Aa’ishah (r.a)reported: With the start of the last ten days of Ramadhaan, the Prophet (Sal-lal-laahoo 'Alayhi Wa sal-lam) used to work even harder and used to pray the whole night, and used to keep his family awake for the prayers. [Hadeeth narrated by Bukhaari]

If it is not possible to manage all 10 nights then in several other Ahaadeeth (narrations) it is stated that Laylatal Qadr is on the Odd Nights of the Last 10 Nights. Therefore exert yourself on the Odd Nights and rest a little on the Even Nights.

Perhaps the start and middle of Ramadan didn't go as well as you hoped? You had all the best intentions but life happened. It doesn't matter! You still have time, the best nights of the year are just round the corner and fast approaching.

Now, It's important you make that intended sacrifice and effort, especially in these last 10 nights where there is so much reward up for grabs and so much to loose.

You can very easily achieve the reward of over 83 years of ebadat (worship) and attain laylatul qadr by staying awake only 15 hours : as there are only 3 hours between tarawih and sehri/suhur and a total of 15 hours over 5 days.

As we enter the last 10 days of Ramadhan, it is a time for us to really put more effort into ibadah (worship).

This is the home stretch of the marathon- the final sprint.

It can't be stressed enough that - make the most of every single moment- of these in particular the Odd Nights in these ten. _The nights are very short so put aside everything non urgent and focus just on worship and seeking forgiveness from Allah.

Many of us will be reading extra Quran, making dua, performing qiyaam (tahajjud), doing Dhikr, and other acts of Ibadah with the family, inshaAllah and these things become more easier in Ramadan as days pass by and by the barkat of these nights.

One thing we must keep in mind is that all actions should be done for the sake of Allah swt.

May Allah swt allow us to maximise our time in these last 10 nights, may we do things only for His pleasure.

In this blessed month, the last days are the most virtuous from the whole year in terms of reward, so one should spend these last ten days of emancipation from Hellfire in worship and servitude.

It is important to stay away from unnecessary talk and acts, and spend as much possible time in worship and du’as with sincerity and solitude.