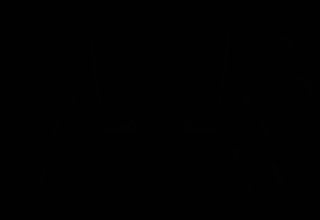 On 25 May 2020, George Floyd became the latest in a long line of deaths of African-Americans in police custody in the USA, a country in which black people are 2.5 times more likely than white people to be killed by police.

This may feel like something that happened far away, that isn't relevant to us, but the racism that unpins this abhorrent statistic doesn't feel far from home to members of black and minority ethnic communities in the UK.

In 2018, a report showed that Black Britons were 8.4 times more likely to be subject to police ‘stop and search’ than white people.

Even closer to home, a 2019 report from Greater Manchester Police showed that despite white people making up 90% of the population in Salford, they only made up 63.4% of the Stop and Searches carried out from April – June that year. In Greater Manchester as a whole, Black people make up 15% of all recorded cases of Stop and Search, despite being just 2.76% of the population.

These numbers show that this type of racism is not just an American problem and not just a London problem: all 43 UK police forces stopped and searched black people at a higher rate than white people.

To our black students: as your Students’ Union, USSU wants you to know that we see you and we hear your cries for justice. Nobody should have to die like George Floyd did, and no group of people should have to constantly ask for justice as though it’s a privilege and not a right.

We stand in solidarity with every black person in the UK, the US and the world to say #blacklivesmatter.

We are aware that some of our students have already been to some BLM protest and we’ll like to encourage everyone to join the campaign in whatever way they can, while obeying all government guidelines on social distancing. Below are some ways to be an ally to the Black Lives Matter movement.

• See something, Say something!

Use your voice, on social media, on the sidewalk and in your circle.

Read up on the history of racism in Britain, as well as the discrimination that black people continue to face today. The following are good starting points to give you a different perspective on Britain's colonial past and its impact on slavery, often ignored in history lessons: Why I’m No Longer Talking to White People About Race by Reni Eddo-Lodge; Natives by Akala; Black and British:A Forgotten History by David Olusoga; and Ain't No Black in the Union Jack by Paul Gilroy.

Peaceful protests will take place at various locations in the UK this week, including Manchester on Saturday 06 June in Piccadilly Gardens at 1pm. If you plan to join a protest, you should take extra precautions due to the ongoing pandemic. Equip yourself with a fitting face mask, gloves and hand sanitiser. If you are arrested and require legal help, you can check out this thread of lawyers willing to work pro-bono. Take note of their contact details before you go to the protest.

gal-dem, a UK-based website and magazine created by and for women and non-binary people of colour has a new membership system, which allows you to support its journalism for as little as £4 a month. The publication often covers stories overlooked in the mainstream press, such the death of Shukri Abdi, a 12-year-old refugee who drowned in a river in Manchester, and the murder of university student Joy Morgan.

There are many charities in the UK that help fight racism. Stand Up to Racism UK and Stop Hate UK are two national charities that work to combat the oppression of people of colour in the UK. Amnesty International also campaigns against violations of human rights, such as racism.

You can donate to the Black Lives Matter organisation, which is a global movement, or to one of the many bail funds set up to help protestors in the US.

•Write to Your MP

Changing legislation is one of the most tangible ways to help improve black lives in the UK. Many policies in this country negatively impact people of colour, whether that’s cuts to welfare or policing of the lockdown guidelines. Your MP is there to represent your voice in Parliament. Write to them and let them know how you feel about racism and police brutality in the UK. This Google Doc from @perkin_amalaraj provides a template for a letter you can send to your MP, asking for their response to the death of George Floyd and the many other black people who have died in police custody.

For more ways on how to support George Floyd Protests in the UK, check out Vice; which has been the source for the information on resources above.

Finally, for any students affected by this and in need of support, you can access the University's Wellbeing and Counselling service here. You can also report any experiences of discrimination on campus here.