Should the Students’ Union offer drug testing kits to students? 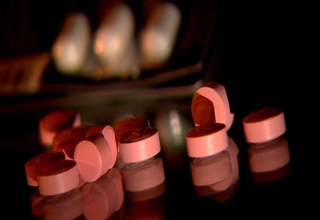 In this article, Emily and Famous will lay out their views on the matter, and they want to know what you think.

Click here to have your say, and come to our Student Leaders Conference to join the debate

It is proven that the “Don’t do it, kids…” approach does not work when it comes to drugs. Even if there are zero tolerance policies in place, we know that people do drugs anyway.

Look at music festival culture. Every festival I have ever been to has conducted bag searches at the entrance, used sniffer dogs and carried out inspections around campsites, but we are still seeing drug related deaths and consumption of illegal drugs at festivals. Parklife, the biggest festival in Manchester, state on their website that they have a zero tolerance policy to illegal highs. However, the buying and selling of drugs remains prevalent. I spoke to one Salford student who has attended Parklife many times and says there is an assumption that, regardless of the zero tolerance policy, people will still consume illegal substances:

“At Parklife there are more people on something than not, it’s clear as day. There has always and will always be drugs at festivals - no amount of security will stop it. Introducing drug testing tents was a great idea, but people are still too afraid to go there in fear of being caught.””

So, if we know students are going to take drugs, even with the threat of consequences, don’t we have a responsibility to enable them to do so safely? In April 2018 NUS released the results of their nationwide survey regarding drug use among students. 56% of respondents from the survey reported they have used drugs at some point and 39% reported that they use drugs currently. The survey showed that students are more likely to use recreational drugs than any other young people.

Any why is this? The majority of respondents said they take drugs to “enhance social interactions”. Of the third who said they use drugs to help them deal with their mental health, half of these said that using recreational drugs enhances their day-to-day lives and helps them cope with an existing mental health condition.

The survey provides proof that student drug use is not necessarily a one-time thing, but can be a tool to cope with the stresses of daily life. When we know this to be the case, we simply cannot ignore it.

Without drug testing kits or any other form of supportive intervention, we are leaving the safety of our students solely in the hands of unscrupulous drug dealers. While test kits won’t tell us the purity of the drug, they can at least let users know if the drug they thought they bought is actually the drug they’re getting.

Having drug testing kits at the Union could therefore, in some instances, be lifesaving.

Hannah Head who has written about this issue states “many students’ unions around the country are flooded with campaigns around how to drink “safely”. So why is there no safety concern for students who are taking drugs?”

Sadly there are cases where students are not properly educated on the consumption of drugs and the situation has ended badly. For example, in a BBC article, a parent expresses his support for the provision of drug testing kits at Sheffield Students’ Union, following the deaths of his two sons. Mr Lakeman’s support for the campaign is clear: he says “It’s acknowledging what’s going on and keeping students safe. It’s realistic”.

So let’s be realistic.

Universities are pretending that drug taking doesn’t happen, that a zero tolerance policy will scare people away from drugs. However the reality is clear: students are still going to consume drugs. We are fighting a losing battle by focusing solely on prevention and creating a culture of fear by failing to provide support.

When students do take drugs, a culture of fear is increasing the risk – students won’t ask for help if they think they will be disciplined. Resources about safety need to be promoted to people who seek them.

If we support safe drinking, let’s support safe drug taking. We can’t continue to sweep it under the carpet and pretend that doing another ‘anti-drugs’ campaign will work.

The stark, uncompromising health warnings on tobacco products and plain packaging, introduced in the UK last year, have been shown to lead to fewer people smoking.

Pill testing by the Students’ Union and information on how to take drugs are well-meaning ideas, but misguided. These options are presented as easy solutions, but to suggest that this is a good way to reduce the impact of drug abuse oversimplifies the problem.

In order to decide how to approach drug taking on campus, we have to understand the limits of drug testing kits, both scientifically and in terms of their influence on behaviour. We also need to agree a clear understanding of the role we want our Students' Union to play in the lives of its members. The SU needs to take a realistic and honest, but scientifically informed approach—and one which doesn’t compromise on the core message we’re sending.

First, there are several practical reasons that the drug testing support we could provide for students is limited. Testing drugs using ‘home test kits’ is a quick option, but how do we know the results are accurate?

Following the instructions on the drug testing website shows that the kits available in other Students’ Unions are also not particularly easy to use; they require good lighting, a white background and an ability to spot several subtle colour changes over a matter of seconds. They then require you to match each colour you see to one over180 chemical-colour combinations. This doesn’t sound to me like a reliable way of checking the “safety” of the drugs students might take.

Another failing of these test kits is that they cannot measure the concentration of a chemical—in this case, that means that even if we did test the drug, we still cannot know the strength of the dose. High concentrations of drugs such as MDMA can be fatal by themselves and the strength of the dose is the biggest danger to most users, yet this isn’t measured by these kits.

In addition, the kits cannot test for new ‘designer drugs’ entering the market. And we must not be naïve and think that illegal drugs are made to standard specifications: one (tested) pill may be very different from another (untested) in the same batch. With the focus on harm reduction, the safest approach to illegal street drugs is not to take them.

As well as the severe limitations of scientific reality, I also ask whether drug testing kits have a positive or negative impact on behaviour. Pill testing company The Loop says that less than 20% of samples tested are handed in for disposal at festivals. Even if student drug-users prove to be more receptive to warnings about the dangers of drugs than festival-goers, there is no guarantee that even well-intentioned students will follow a recommendation when it comes to highly addictive substances. Again, the safest approach is to avoid addictive substances in the first place.

Secondly there is debate over whether pill testing at festivals contributes to a normalising of drugs. To return to the smoking example, we know that clearer health warnings and banning smoking in public venues has made smoking more and more socially unacceptable, leading to decreased usage. In providing testing kits, are we inadvertently increasing the likelihood of drugs taking on campus?

How big a problem actually is drug taking on campus? A recent National Union of Students (NUS) report into student drug taking shows that only a very small minority of students take drugs on campus.

If drug taking on campus is so rare, how can it be useful to provide testing kits in the SU? Are we inadvertently going to risk introducing more drugs on campus, or make it more socially acceptable to do so? And how can that be a good thing?

We need to be clear on who we want to be as a Students’ Union and the message we want to send about this to our fellow students and the wider public. Festival organisers acknowledge that drug testing is a compromise in view of the impossibility of completely removing drugs from festival venues. However, the Students’ Union has at present a workable zero-tolerance drug policy at its venues. We don't want to treat students who are here to study as if they are festival-goers here to party and risk a culture shift towards drugs on campus.

Any drugs campaign by the Students’ Union must never compromise on the welfare of our fellow students and therefore must not compromise in the message it sends around the dangers of taking unregulated and dangerous street drugs. Both sides of this debate are concerned about student safety. But there is no “safe” dose of an Ecstasy pill and no “safe” way to take it.

If you need help, information or support in relation to anything discussed in this article, please seek it out.

For support in relation to drug/alcohol use:

For other types of support on campus:

ASKUS at the University of Salford: https://www.salford.ac.uk/askus/contact-askus