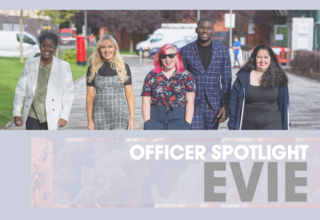 We chatted with Evie, our outgoing Students’ Union President, about her proudest contribution to the USSU, how she’s dealing with COVID-19, and what she hopes to do once her term comes to an end.

I: First of all, you’ve made such a significant contribution to the USSU – you’ve been an officer for two terms, haven’t you?

EA: Yes! I was the Science, Engineering and Environment officer for my first year, technically the Science and Technology officer because the three Schools hadn’t yet merged. I actually helped with that merger: how it was run, consultation on the name change and also what that change might mean for the USSU. As Science and Technology officer I got very busy very quickly, and my previous experience as a core School rep came in handy when they were looking at how to redo and merge induction – I’d already been there and done that. 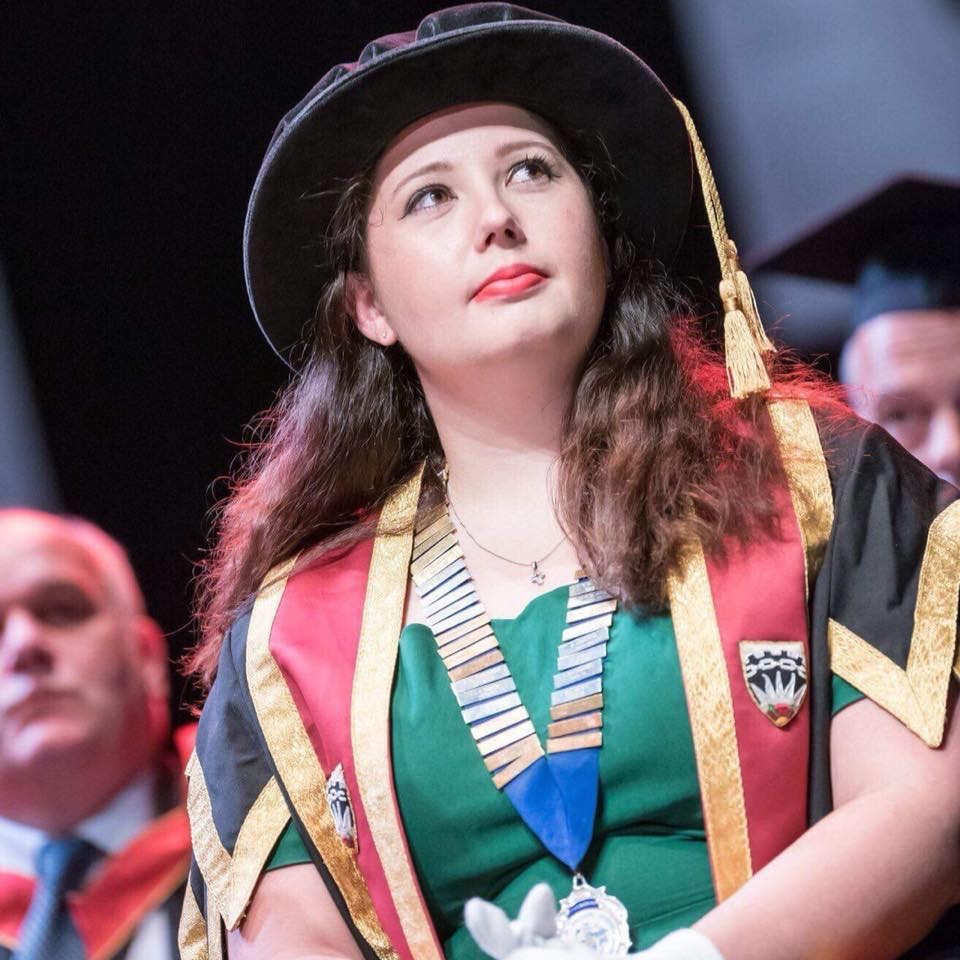 I: So you worked your way up the ladder, so to speak?

EA: Yes, a little bit of a textbook trick there!

I: So what made you run for President in the end?

EA: Being a woman in STEM, it’s hard to feel represented when you’re often the only woman in the room, surrounded by individuals with whom you can’t identify. As Science and Tech officer, quite a few female students came to speak to me, and this sparked some very open conversations.

For President, the reason I didn’t rerun for Science, Engineering and Environment (SEE) was because of the advice I’d received from previous officers – they said that as a second year officer, you owe it to yourself and the role to shake things up a bit. Knowing that there would be four new incoming officers, I felt that I could be most supportive in a position where I was aligned with everyone instead of aligned with a School; after all, I’d just had a year of doing School-specific stuff and I understood the complexities of it. It was kind of a shove towards running for President – “Evie, do this. You’ll regret it if you don’t!” I think that’s the hardest thing I’ve learned: it’s better to have failed and made mistakes but have no regrets than to be full of regrets and have made no mistakes. That way, you can’t learn. 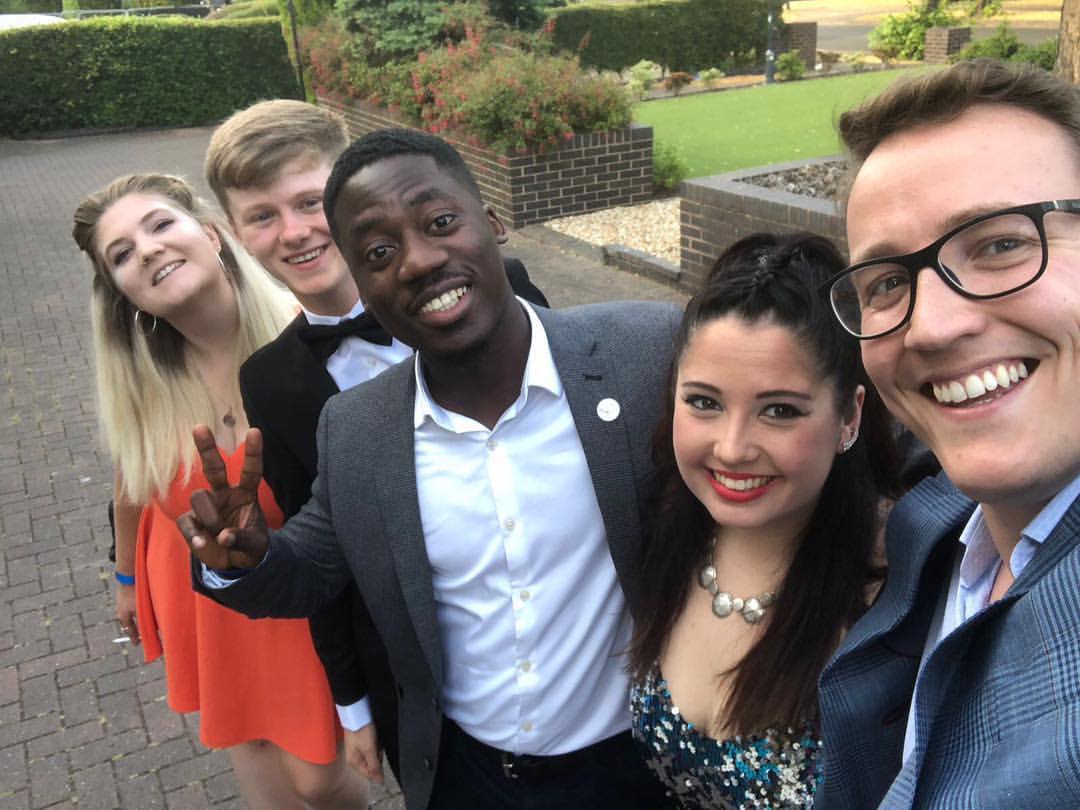 I: What would you say are the top three things you’re proudest of making progress on during your time as an officer? How do they relate to your original manifesto?

EA: First of all I think, in terms of the manifesto, the most important thing is to be flexible – shifting your perspective and objectives is the underlying role of an officer.

I did a bit on housing – not as much as I would have liked because it was what I really wanted to do, look at the fact that there are different demographics with different issues in housing, just looking at it as a whole – what are the key issues? I remember when I was campaigning, that was the area where every student had an issue; even if they were a commuter student they had problems with

council tax or something like that. I had the great opportunity to work with Megan [outgoing Arts and Media officer] this year; she just took the ball, rolled with and everything just opened up. So housing is something I’m proud of, but I can’t really take that much credit for the Union’s work in that area – it was on my manifesto and I kept a dormant eye on it, but it was mainly because of other officers that it happened.

The proudest achievement has come through working with Inspire so students can use their Inspire credit to purchase sports club and society memberships. My original goal was to make sure that sports and societies were more inclusive and accessible, specifically for commuter students and international students – that they felt welcomed into everything. Regarding the Inspire scheme, there is still some work that needs doing – international students and postgraduates aren’t covered, for example – but in general it goes some way towards removing the financial barriers that might be stopping students participating in the sport or society of their choice. Membership numbers and participation increased by a third because that barrier was removed – that’s great, hundreds of students who have had a better experience and interaction with the University than they might otherwise have had.

Lastly, my commitment to raising awareness for environmental issues and the climate crisis was still present this year, but due to COVID, most of our later activities had to be stopped. We still ran a really successful Go Green Month with tonnes of activities spanning four weeks between February and March, though! More still needs to be done on this issue, but the University is aware that students care about it – that's the most important part. 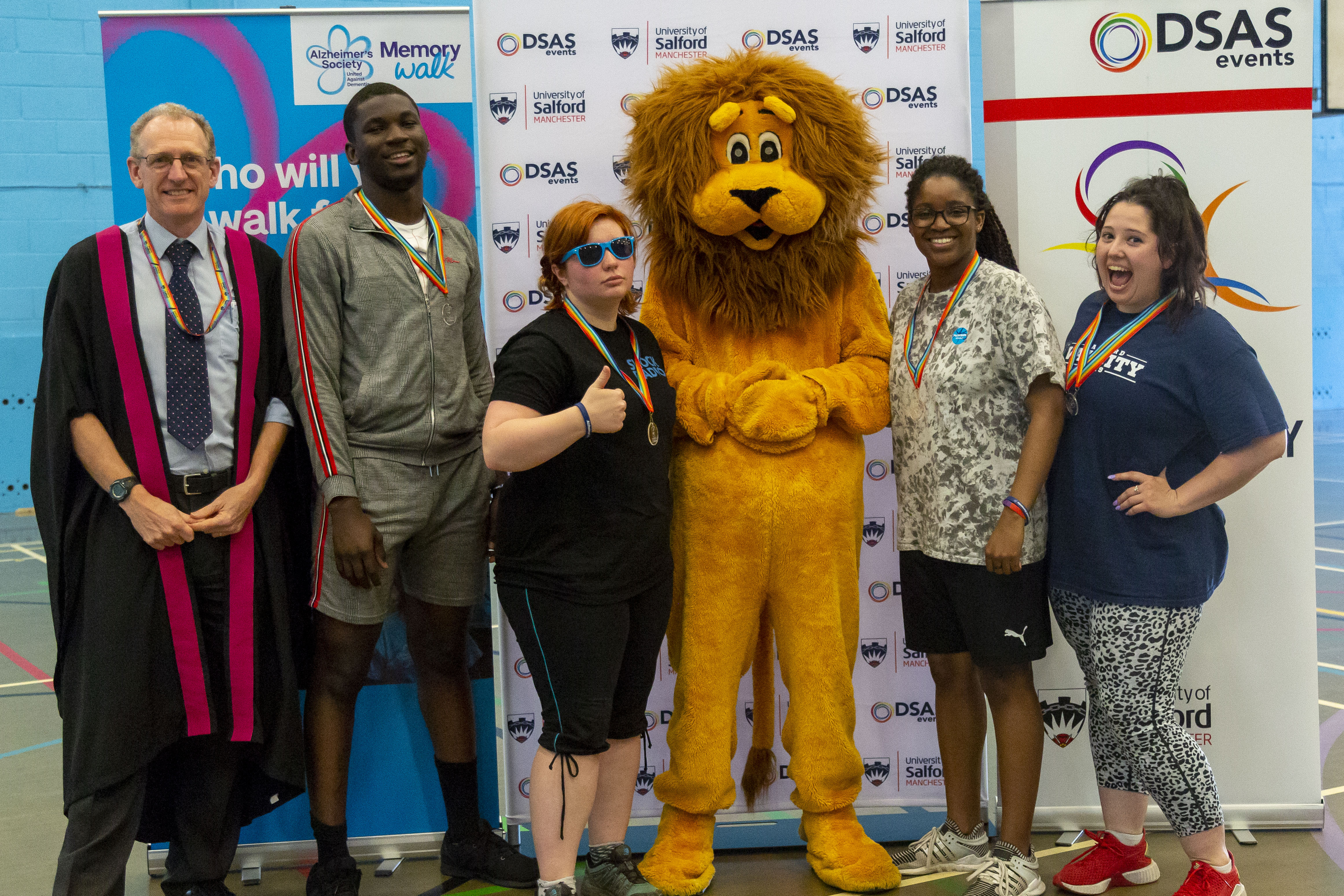 I: Working from home during lockdown has been challenging for all of us – I was wondering whether you could share any particular challenges you’ve faced during this stressful time? What advice would you give to any students who may be feeling overwhelmed or unmotivated right now?

EA: My biggest hurdle was technology – I really struggled to get myself up to communicate virtually with other people. Asking for help and support was the best way to reduce this stress and make myself feel more productive.

For students feeling unmotivated or overwhelmed, I’d say – and this is a bit tongue in cheek – go for a walk, take a deep breath and reevaluate what your motivation is. I think one of the hardest things in life is losing [motivation] and going, “I don’t know what I’m doing any more,” but admitting that is part of growth. Most importantly, we need to be gentle with ourselves during this process – answers are difficult to find right now, and it’s completely understandable to be struggling. There’s no blueprint for this situation – everyone’s doing it differently, because we just haven’t experienced this before. For students who might be looking to reach out, please do make use of the support services available, whether that’s the University’s askUS service or our own academic Advice Centre.

I: What advice would you give to students who would like to make a difference to the University and Union, but aren’t sure where to start?

EA: I would say, start as a course rep – it’s not inherently political, it’s there to support, engage, communicate on issues, solve problems and understand the bigger picture. You make change

through an academic perspective, and you’re a conduit between your course mates, the Union and the University. It’s also a very flexible position – you can put in 110% and get a lot out of it, or work around your situation, whatever it might be, and still get a lot out of it. It’s not something that has time constraints, you do as much as you feel is necessary for your course. If you want to do more and have more responsibility, join groups and boards or get involved in that sense with Student Voice, but I think, to each their own. Think about your own situation – are you a commuter student? Do you have caring responsibilities? If you want to make a start somewhere it’s important that other students like you have got someone to speak to – you can make sure that their voices are passed on.

Later on, of course, this experience will help you shine when you’re dipping a toe into the job interview pool. Leadership skills, problem-solving, good communication – all these are skills you can develop by getting involved with the Students’ Union. 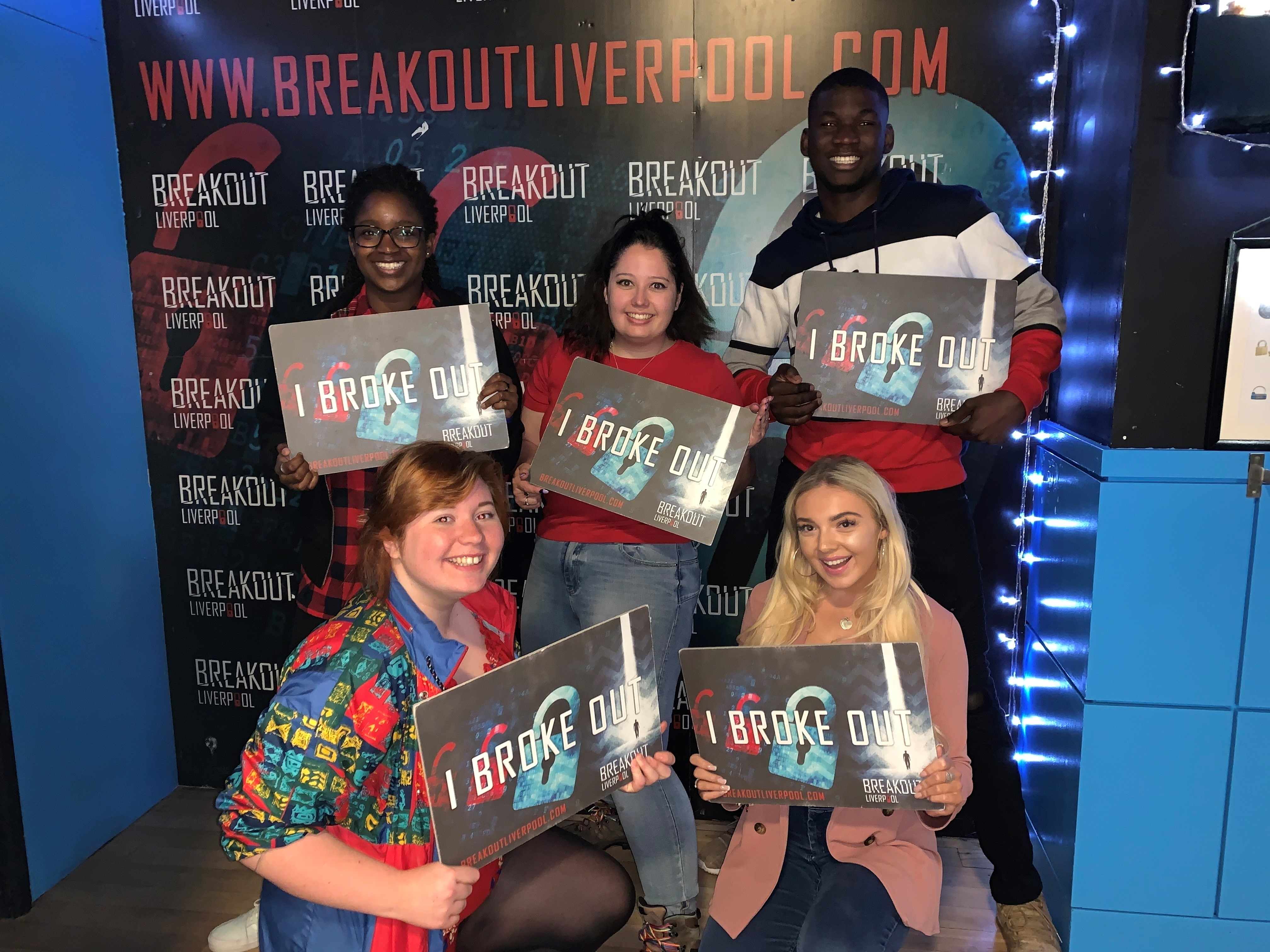 I: What will you miss most about working for the Students’ Union?

EA: The people – I’ve met so many amazing people and it’s been a once in a lifetime experience, as I’ve met people from so many different backgrounds and different perspectives. I’ve had so many conversations I didn’t expect. I like to start chatting to someone and find a way in which I know a little bit about something in their life that they’re interested in – through this, I can end up helping them. I remember meeting a course rep a couple of years ago, who said, “I really want to make a difference, is there something I can do?” So, I signed her up to be a School rep – she was already really engaged, she just wasn’t sure what she could do to contribute. Even though she’s a commuter student, she made friends, moved to Salford – now she’s onto her third year and a committee member in a society!

Over my terms as officer, it’s the people I’ve met who have made such a big impact on my life, and I like the feeling that you can help someone just by saying hello and having a chat.

I: What are your plans going forward, and how are you planning to build on the skills you’ve learned as a Sabbatical officer?

EA: I’m just kind of going with the flow, building up my CV – because of COVID, everything’s a little bit up in the air at the moment. I’m reflecting a lot on being an officer. I think time will tell and that’s the hardest thing about being a recent graduate I suspect – there’s just so much going on, you just need to take a deep breath.

I think going forward I’d like to work at a similar organisation, a nonprofit. I like the atmosphere at USSU and how friendly and accessible the open office is. I’ve found that everyone needs help in a different way, and I like the idea of building on that skill – engaging with people and exploring what I could do for them.

For recent graduates, you also have to review your options: whether that’s going back into education or into full time work, taking a job because you need a job – they’re all the right things to do, it just depends on the situation.

My priority is to take some time to reset and think about what it is that I actually want to do, because there’s no right or wrong option, I just haven’t had time to sit down, take a breath and reflect on my experience – I’m going to take some time to figure out who I am and who I want to be. 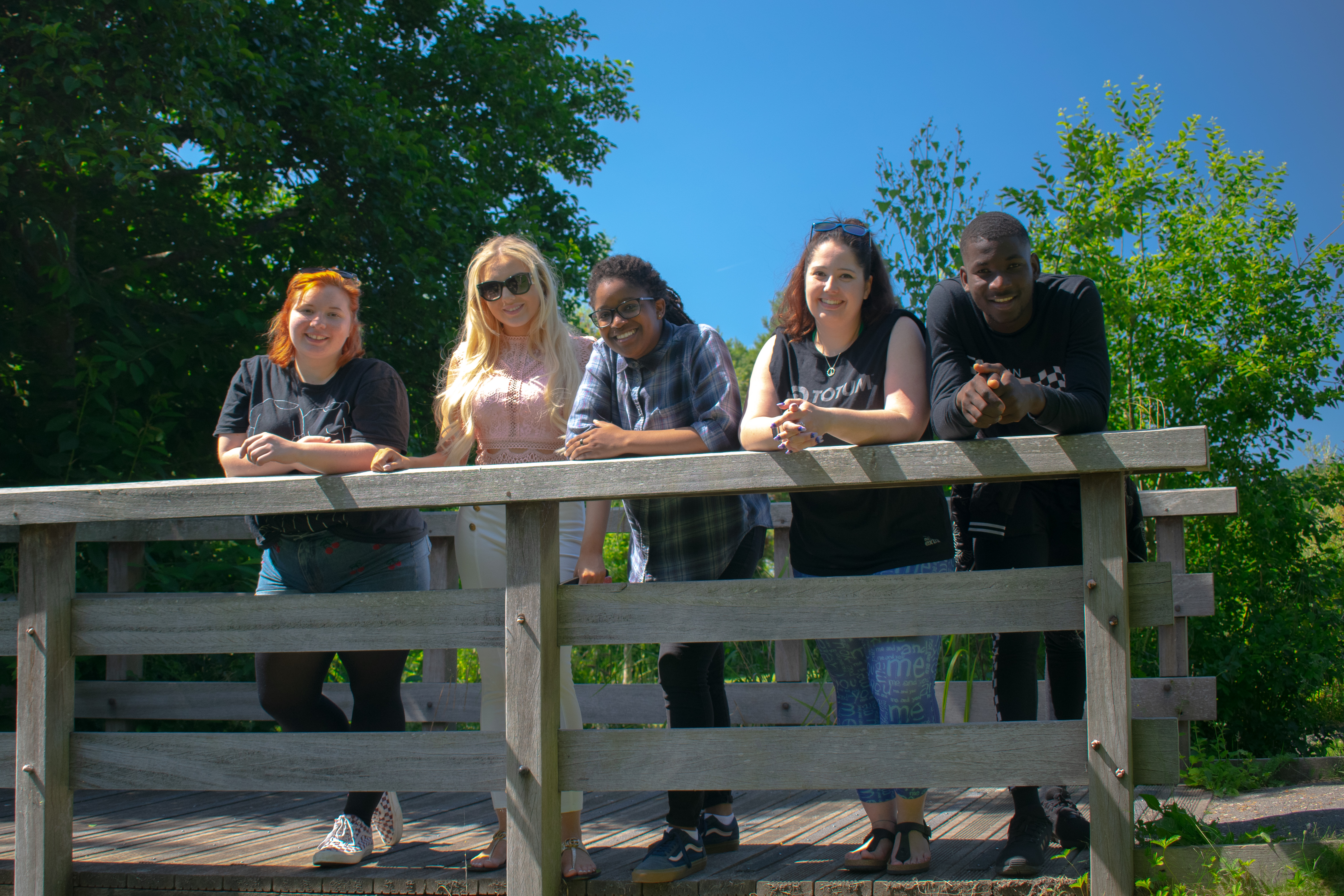